Let us tell you about our amazing Detox and Yoga Retreat deals and packages!

!!Detox Special: Email Us for Your Promotional Rate
$$ Early Bird Discount Yoga Teacher Training 200 & 300 Hour – $300 off when deposit received at least 30 days prior your training!

Evangelos Syrigos, owner of Ananda Yoga & Detox Center, was born in the picturesque resort town of Lavrio, Greece in 1968. In Greece, he had several successful businesses; teacher and owner of a computer school for children and unemployed adults and a director of stock brokerage office. 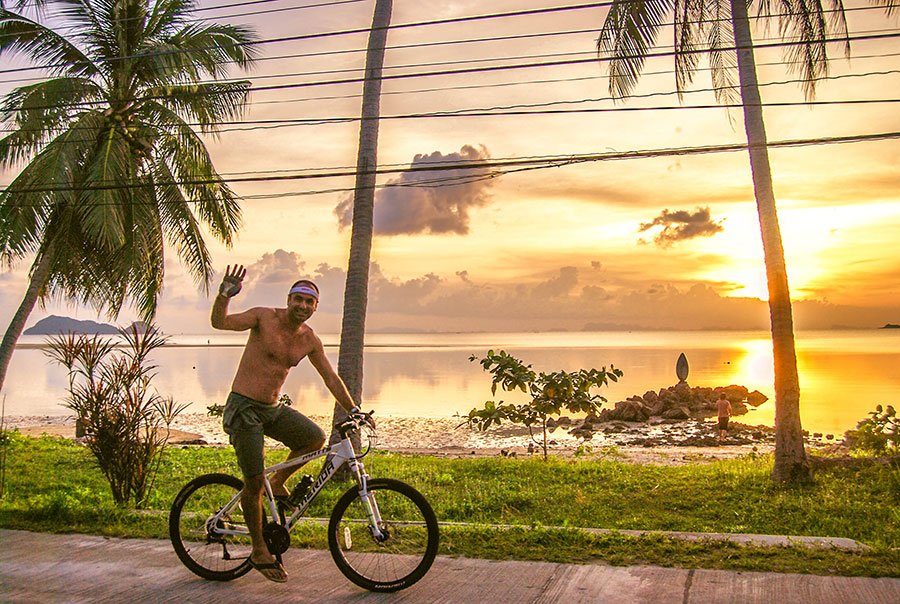 Despite his financial success at age 35, Evangelos started to wonder if there is more to life than financial rewards. Poor health contributed to his inner turmoil as well. More specifically, doctors in Greece advised Evangelos that the only way to heal his back was through surgery. Driven by thirst to find something of higher value, Evangelos took a journey to holy mountain, Athos in 2003.

Later on, a path of exploration led him to Thailand. When he arrived at Koh Phangan he felt at home. Evangelos returned to Greece with an idea in his mind to return to Thailand for good.

In 2004, during his second visit at Koh Phangan, Evangelos stayed at Thai Temple with monks and meditated. This was a time of emotional turmoil for Evangelos. He felt emotionally drained and physically weak.  At some point he could not stand up as his back was locked and in pain. He received a healing massage from a monk. He was amazed how this helped him without medication or surgery, which was advised to him back in Greece. This experience gave him new hope for different methods of healing.  This also helped him to understand his emotions, accept himself and made him feel stronger to start over again.

In Koh Phangan, Evangelos discovered yoga. After one month of yoga, Evangelos realized that the teachings of yoga were important to his life. He felt connected to the people he met and felt inspired by the teachers which would inspire him to move to Thailand.

Nonetheless, the decision to move was not that simple. Evangelos returned to Greece to volunteer for the Olympics.  This was a time of confusion, as one side of him wanted to explore a new path in Koh Phangan, and the other side wanted to stay safe in familiar Greece. In the beginning of 2005, Evangelos arrived in Koh Phangan with no return ticket.

By this time,  there were more people moving to the island after a tsunami, making it more difficult to find land for a resort. After a long search for available land, Evangelos’ destiny changed.  He was able to find land, make a deal, sign papers and put down the deposit all in one day! He knew he was meant to be here! He started to build Ananda Yoga & Detox Center.

During this time, Evangelos practiced yoga and body purification methods. His back was getting stronger, he was becoming happier and more fulfilled. Evangelos knew that he was on the right path, despite all of the challenges while building the resort.

In January 2006, Ananda Yoga & Detox Center was completed with accommodation, a restaurant with healthy meals, a swimming pool, sauna and yoga studio. His struggles were rewarded when the government constructed a paved road and the local people came to realize the benefits of employment and business expanded as a result of Ananda. 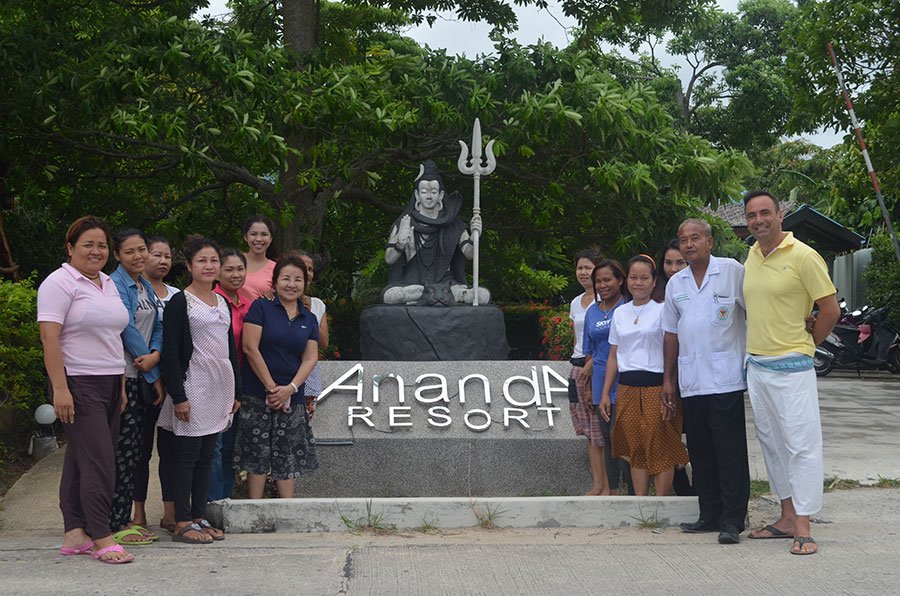 Through experimentation on himself and learning from other yogis about body purification, Evangelos understood how important detoxification is to well-being.  As a result he experienced more clarity in his thinking, more energy, higher feelings of bliss and joy for life, and overall good health. In 2007 Ananda Yoga & Detox Center started to provide detox as a compliment to the other well-being services at the resort.

Over 10,000 people have come from all around the world to undertake detox programs at Ananda.

Evangelos has received lots of thank you letters and “you changed my life” feedback, which inspires him to continue with his mission.

Evangelos continues his personal growth and spiritual evolution. He continues to practice yoga and he is always furthering his knowledge about body purification methods to offer best services to the people who are seeking well-being and happiness.

In Spring 2007 one of the Evangelos dreams came true to visit Tibet and learn about their spirituality and tradition. In Patala, Evangelos was inspired by the humbleness of the monks and a way of kindness that still resonates with him today.

In 2011, Evangelos visited Shaolin temple in China and experienced powerful emotional energy healing through Qigong, which widened his vision and expanded the concept of well-being.

In 2015, he became a member of the 500 RYT Yoga Alliance®.  In May of 2015, Evangelos was honored at the United States Capitol in Washington, D.C. at the Global Goddess Artemis Award Ceremony with an award given by Congresswoman, Carolyn B. Maloney. 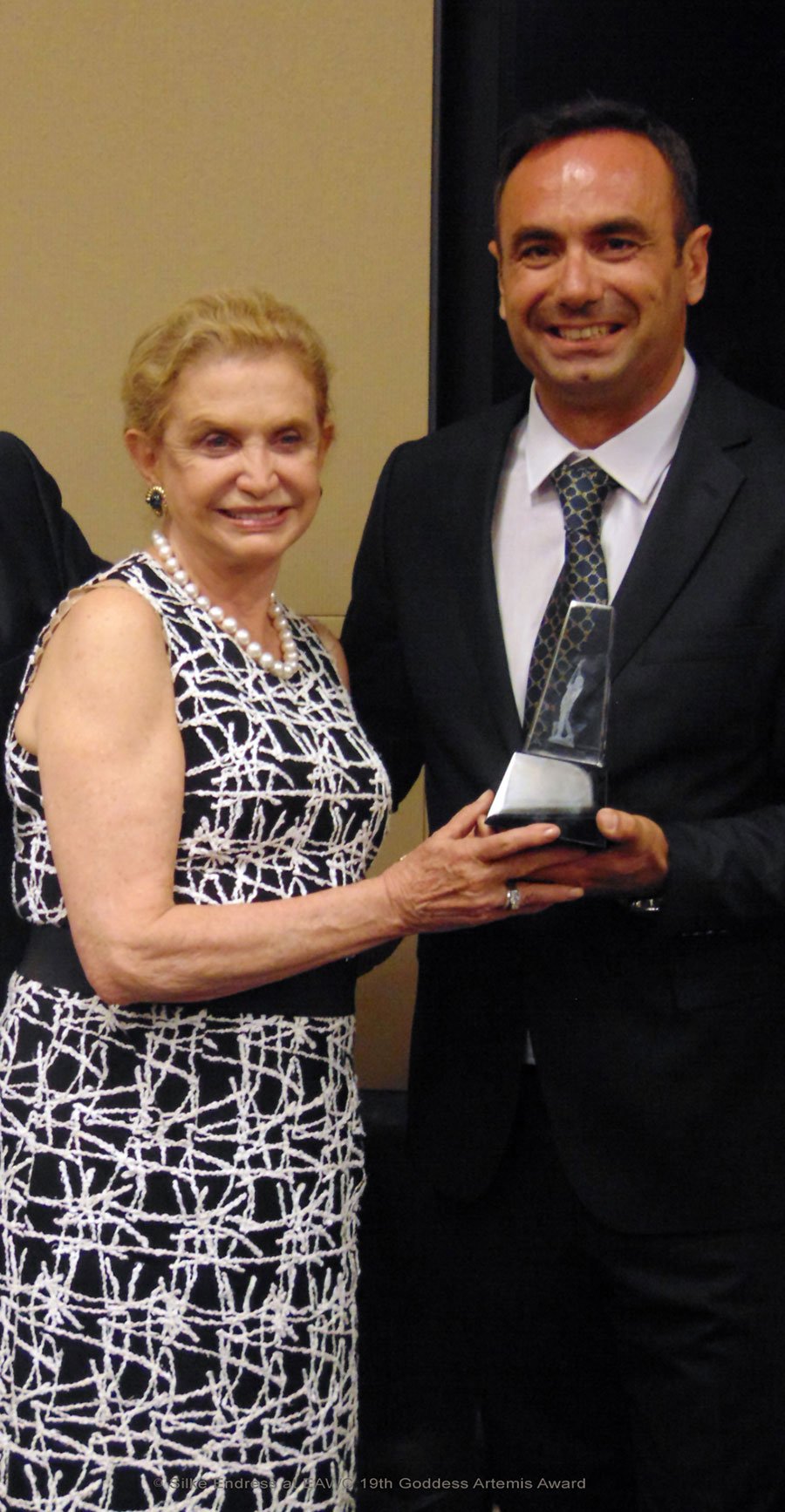 In March of 2017 Evangelos graduated at the Institute for Integrative Nutrition (IIN) which broadened his knowledge in the holistic approach of wellness and good health.

Evangelos has been involved with many philanthropic events and has even created his own for the Koh Phangan community.  He has given local people scholarships for government-approved masseuse certifications, taught at Ananda, hoping to help create their careers in wellness and health.

Evangelos reflects on his journey and talks about yoga and detox with a gratitude in his eyes as it has brought good health, joy and bliss back to his life. With passion and enthusiasm in his eyes, Evangelos exclaims, “I know that I am in the right place and doing the right thing at the right time”. 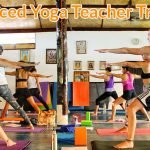 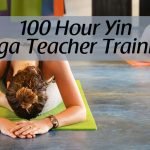 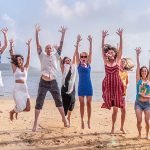